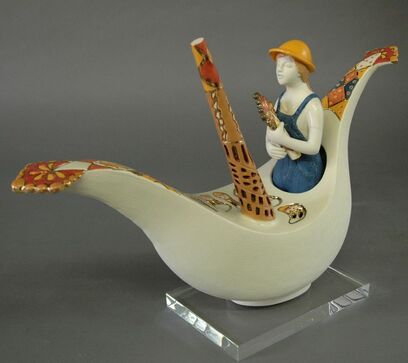 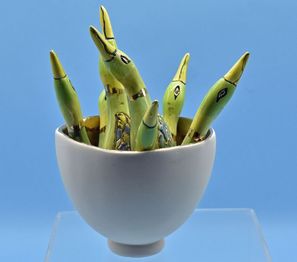 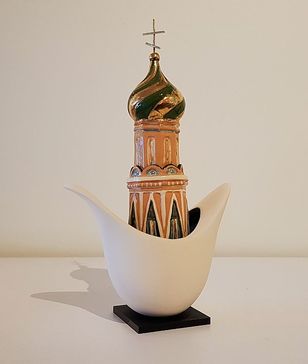 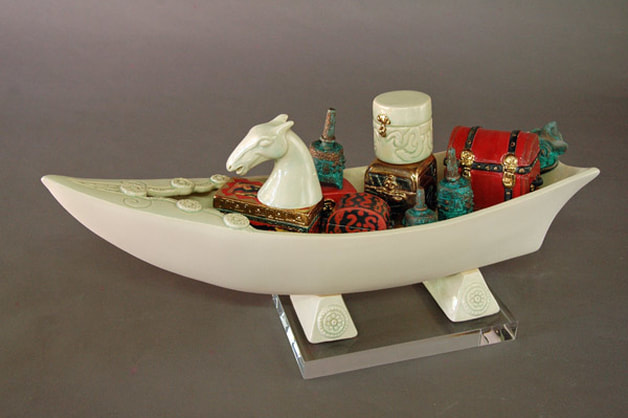 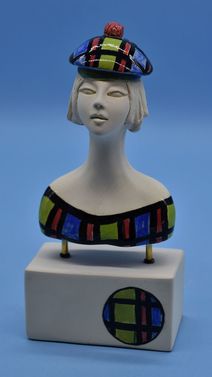 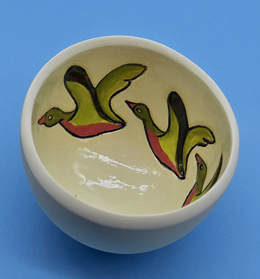 Flying Around - White Clay, Glazes - 9x12cm - $240.00
"I see boats as a metaphor for migration. This idea was inspired by my grandparents, from both sides of my family, who migrated from the UK last century. As a child I loved playing with the trunks and suitcases they travelled with and would imagine travelling across the sea in a ship. I thought it was a very romantic notion. Now I am an adult I realise how brave they were to leave all their family and their culture behind to contribute to the melting pot of Australia. This bravery is shown by all the peoples from the Aborigines onwards who have come to Australia to make it their home. Their many cultures make our nation what it is today."

Since 1979 Ann has won many awards for her art, predominantly with her ceramic works. She has been published in many articles including 2 issues of 'Pottery in Australia', several issues of 'The Brisbane News' and in 'Craftlink'. Ann has works in several public collections including Central Queensland University Collection and the John Paul College Collection in Brisbane and in private collections across Australia, New Zealand, England, France, Japan, Norway and the United States.