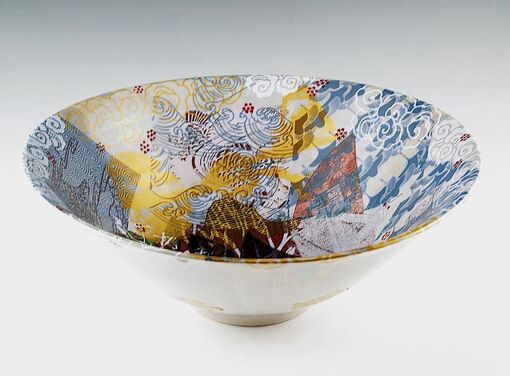 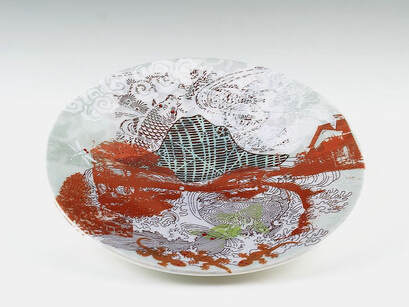 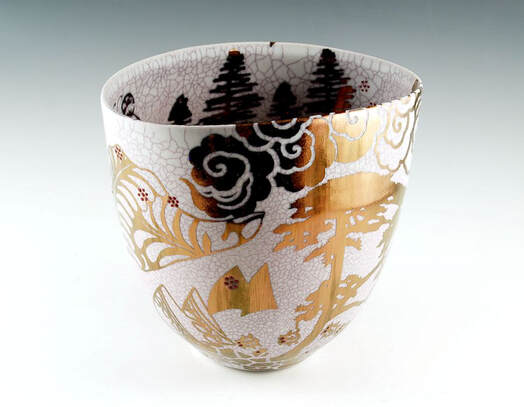 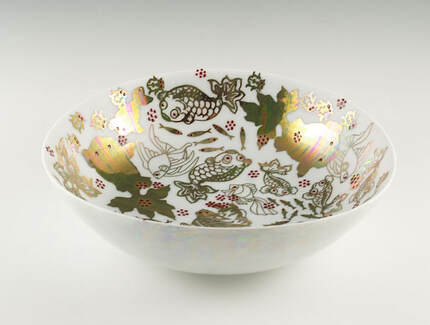 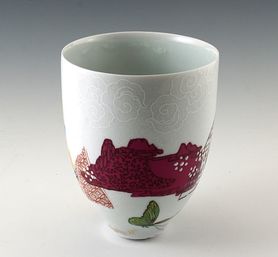 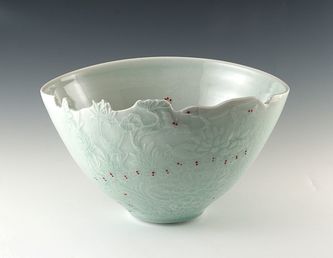 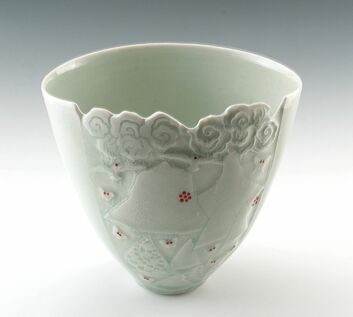 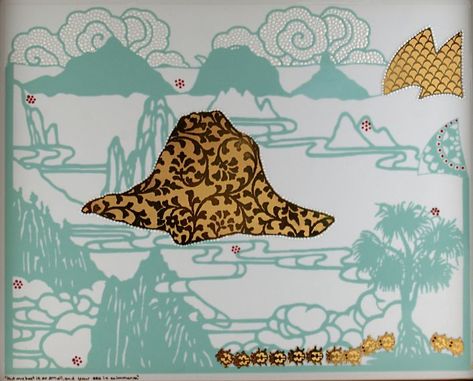 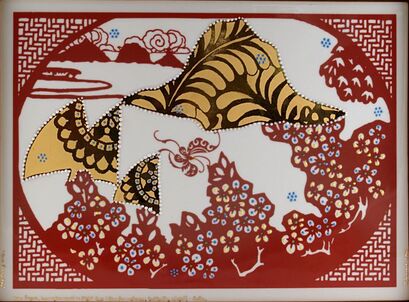 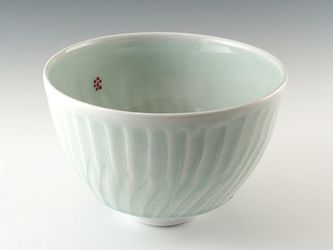 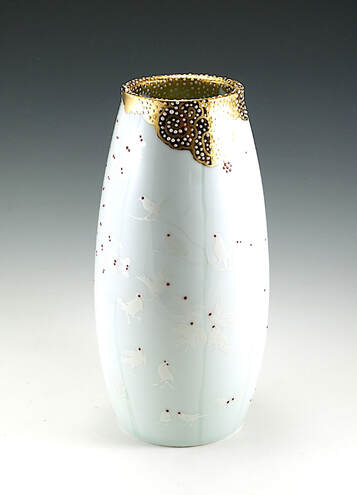 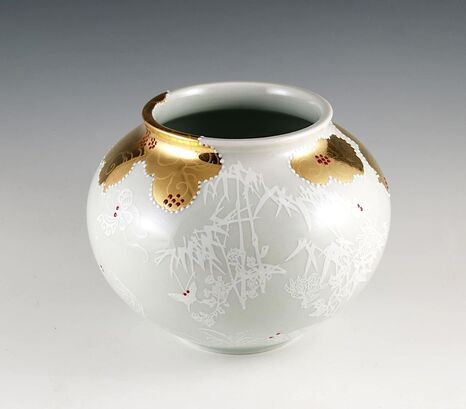 AWARDS AND PRIZES;
Since 1980 Johanna De Maine has won over 40 awards and prizes for her ceramics including the 3D award of the Rio Tinto Alcan Martin Hanson Art Award in 2011 and 2013 and the Highly Commended award at SCAP3D 2012. Works have been regularly selected finalists for such prestigious awards as the Moreton Bay Art Awards; Clunes Ceramic Award and Vasefinder International. The awarding of a Churchill Fellowship in 2001 to study the health and safety aspects of hand painting porcelain and using lustre glazes, further shows her commitment to all aspects of her art and the esteem in which she is held as a truly unique artist.