'Outback Revisited'
paintings by
Michael Nicholas
September 7 to 29, 2019
​
Noted Queensland artist Michael Nicholas has always had a passion for the Outback. Mike lived in Cunnamulla during his early years and enjoys revisiting the landscape. In 2005 Mike designed 'The Cunnamulla Fella' a 2.5 metre sculpture which stands in the centre of town.

New works for the exhibition now appear on this page. 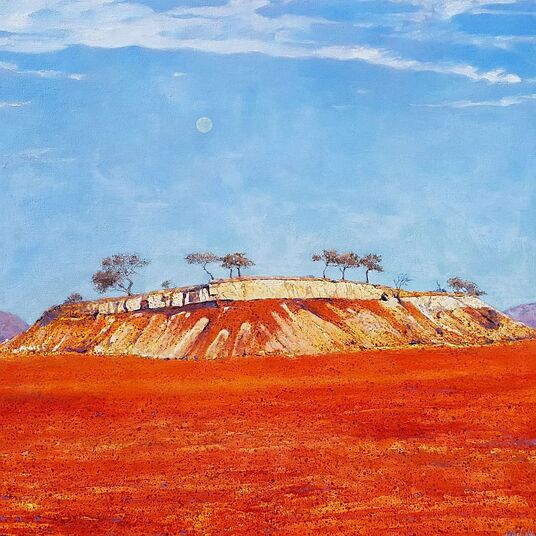 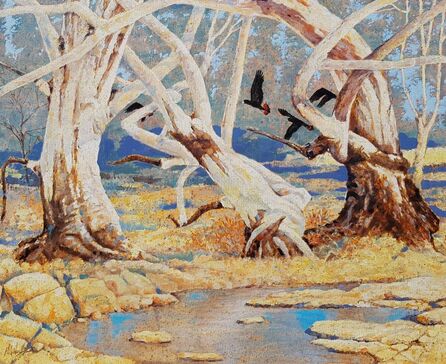 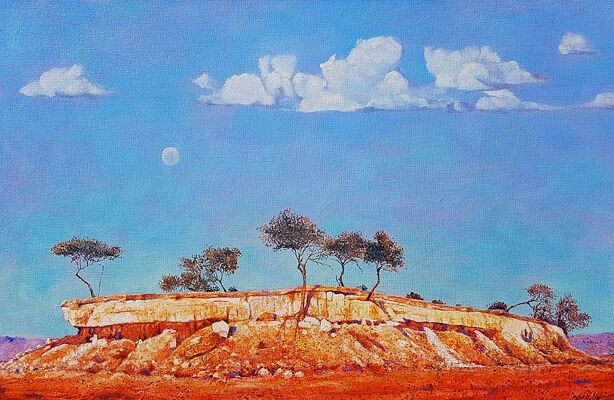 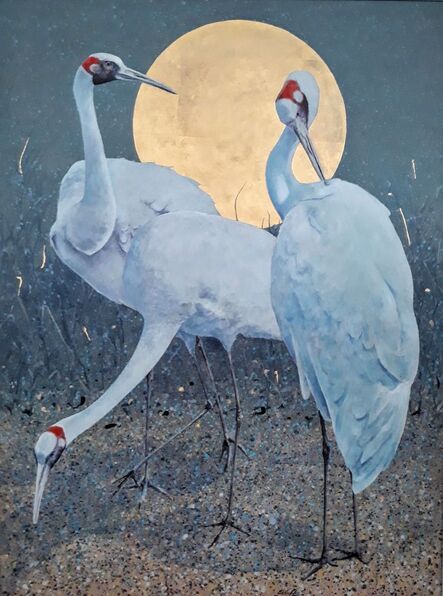 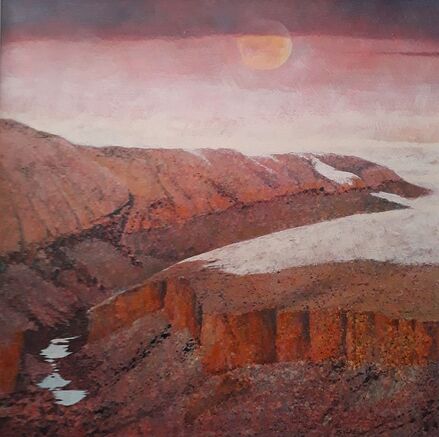 I Love a Sunburnt Country - Acrylic on Board - 91x91cm 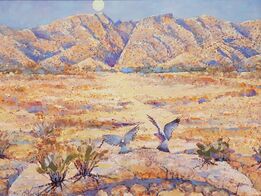 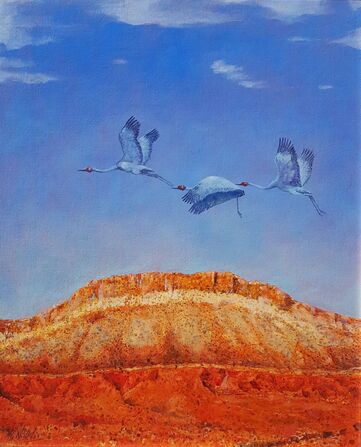 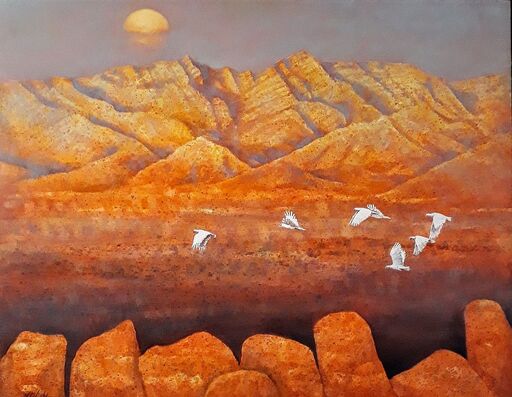 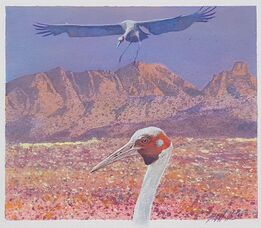 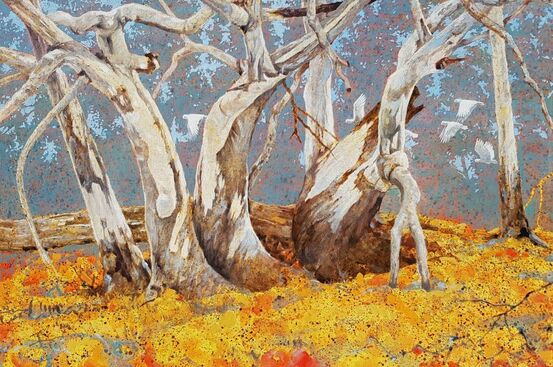 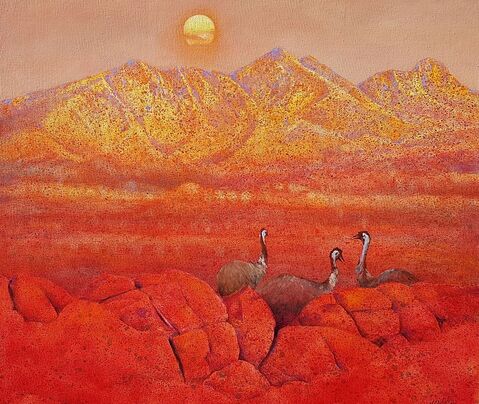 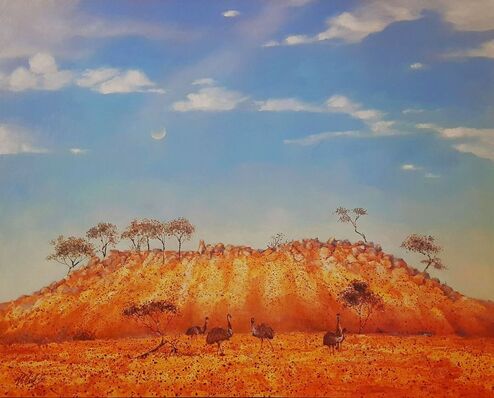 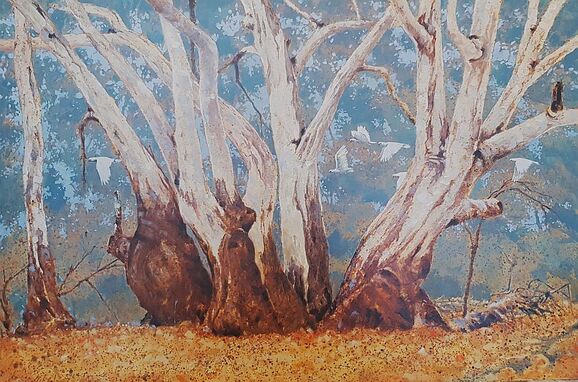 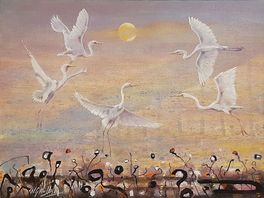 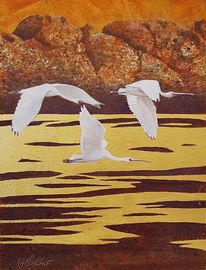 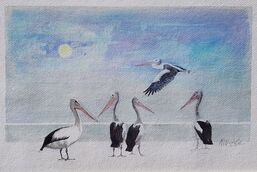 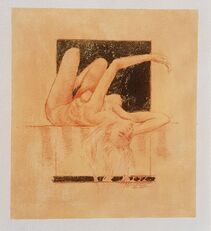 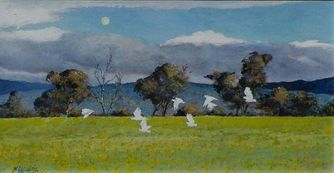 The Colour of Winter, Northern Victoria - Oil & Acrylic on Board - 26x48cm
In 1992 he was appointed to the Queensland Government “Artists in Parks” program and completed a residency at Girraween National Park.