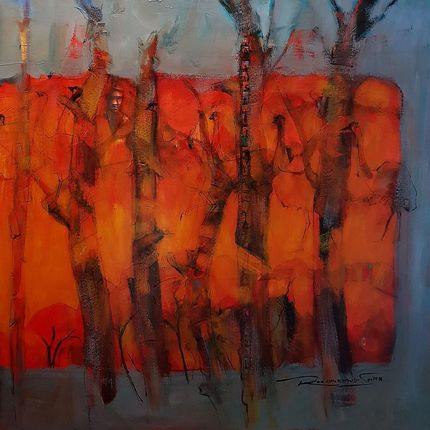 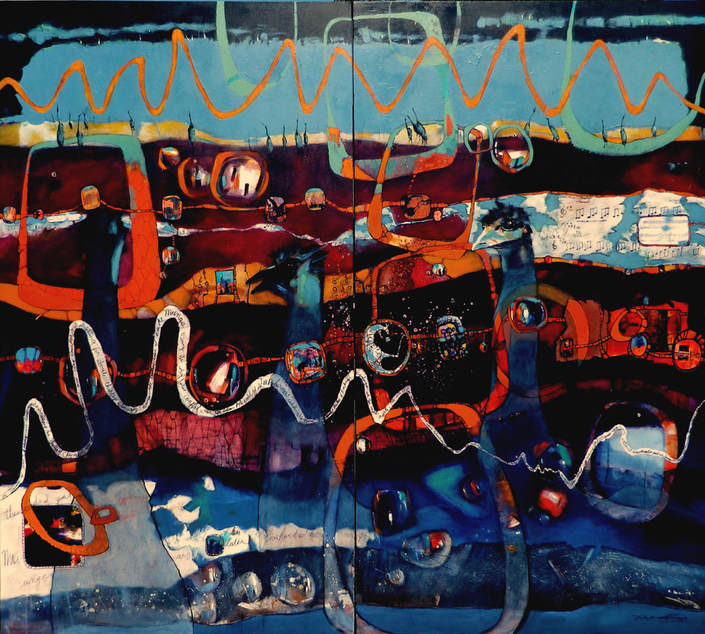 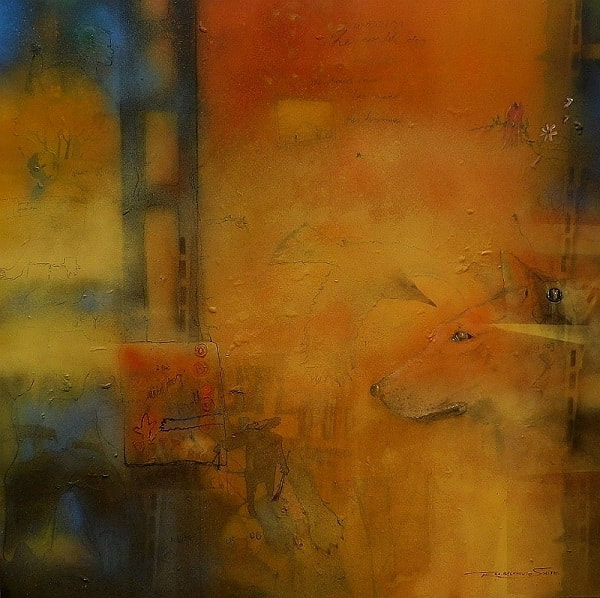 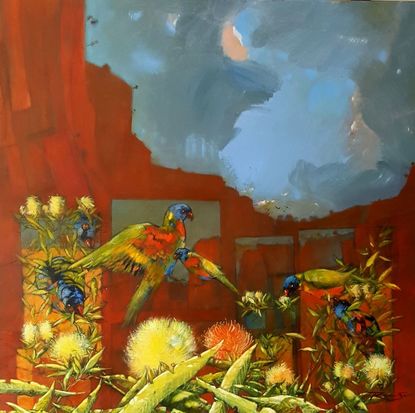 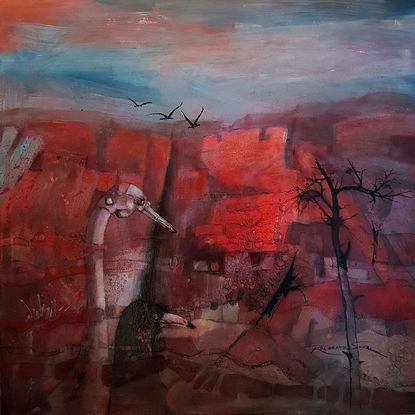 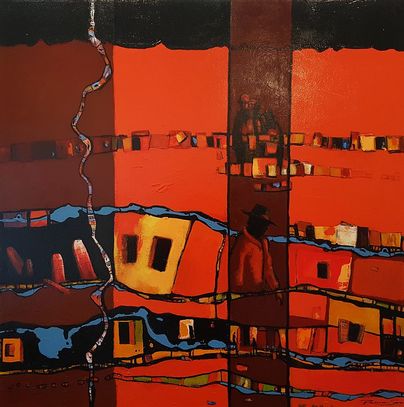 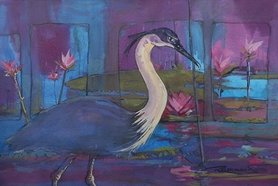 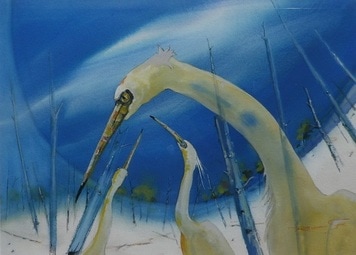 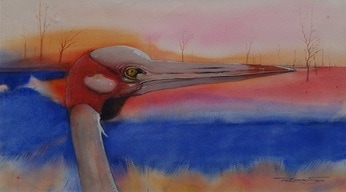 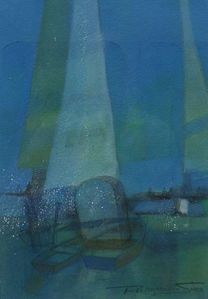 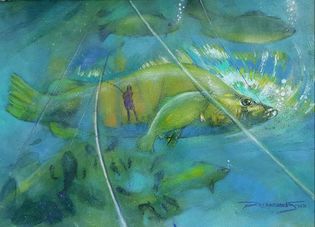 Hooked - Watercolour & Gouache - 36x54cm
The painting shown below are available for sale but not currently at the gallery.
Please ask prior to your visit if you wish to view these paintings 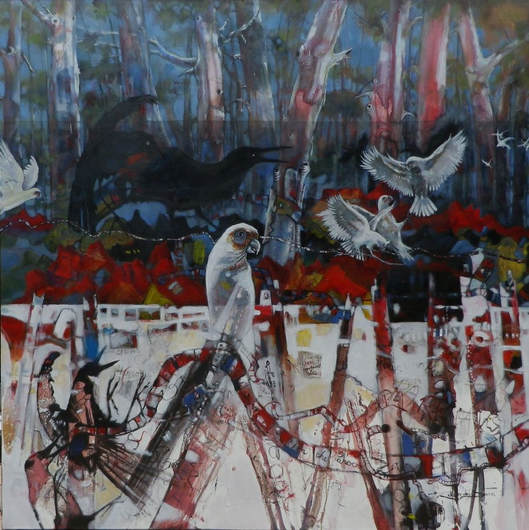 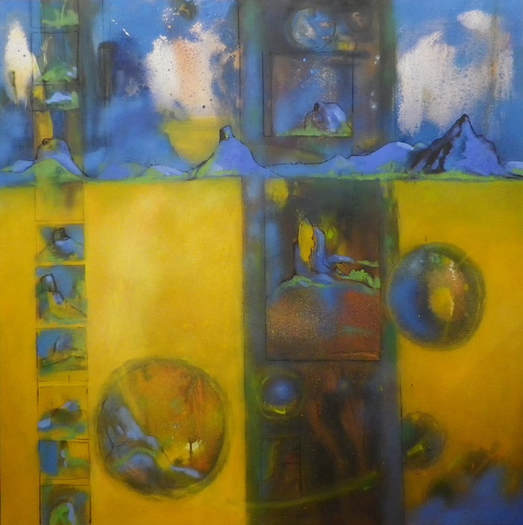 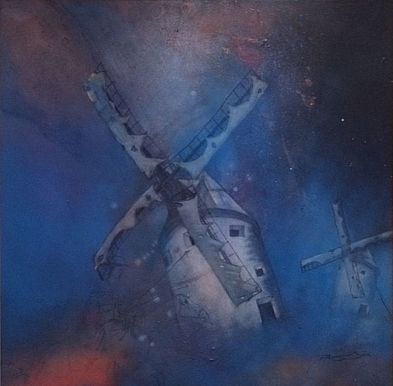 The Curious Tale of the Windmills - Acrylic on Canvas - 100x100cm 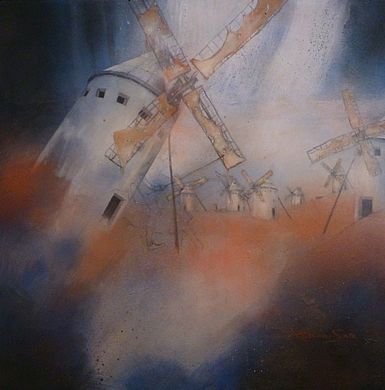 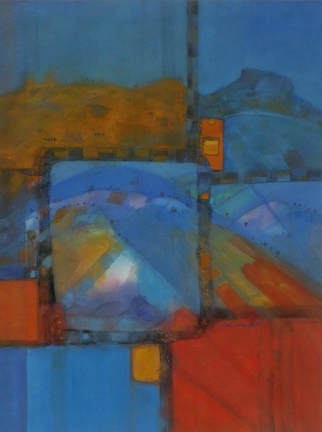 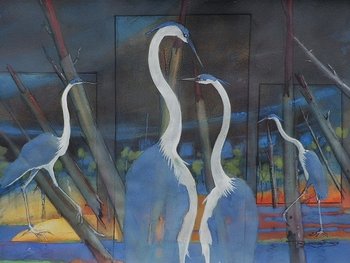 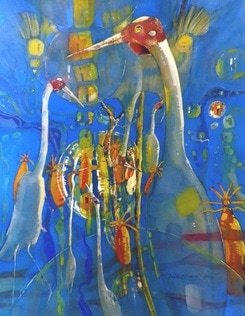 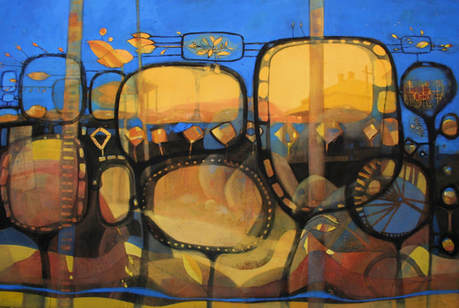 Reflections on a Country Town - Watercolour & Gouache on Paper - 100x150cm 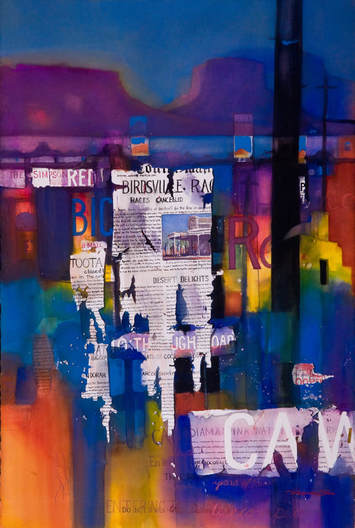 Entering the Diamantina - Watercolour & Gouache on Paper - 150x100cm
Artist Information
Leading artist Rex Backhaus-Smith was a finalist in the ‘Q150 Icons’ in 2009 to celebrate all the best of Queensland, when the State turned 150 years old. His wonderful career of over 40 years as a professional painter has had many such highlights, and such respect and standing has been earned from his remarkable originality and technical skills.