'Imperfect Beauty'
Rowley Drysdale
8 to 30 April, 2017
​Scroll down the page to see all the artworks in this exhibition.

'Imperfect Beauty'
Rowley Drysdale
8 to 30 April, 2017
Rowley Drysdale (Grad. Dip. Vis. Arts, MA), has been a professional potter for over 25 years with a passion for wood-firing and for extending his practice into sculptural, mixed media and wall pieces too. Key inspiration has been the Outback with particular reference to landcare. His artwork has been exhibited and collected in New Zealand, Japan, South Korea and China, as well as widely across Australia.
About “Imperfect beauty”, Rowley writes;
“On page 100 of the first ceramics textbook I ever read cover to cover, author Robin Hopper
comments on differing perspectives concerning beauty. He argues it’s the imperfections, the
blemishes, on our loved ones’ faces that ultimately attract us.
I use materials and methods that, especially in my medium, don’t always run to script.
Regularly I discover the odd ones out, which take a little longer to comprehend. Perhaps initially it’s an attraction to the subversive, but I’ve noticed these works are more likely to hold one’s
attention ad infinitum than their slick counterparts.
Poet Michael Dransfield (1948-1973) stated it perfectly when he wrote “cherish your freaks and
bastards”.
Hopper, Robin. 1984. The Ceramic Spectrum. Krause. Pennsylvania.”

Works for the 2017 'Imperfect Beauty' exhibition now appear below.
You can contact the gallery on 07-54296404
or
use the contact form at the bottom of this page
​to ask about the prices for these works. 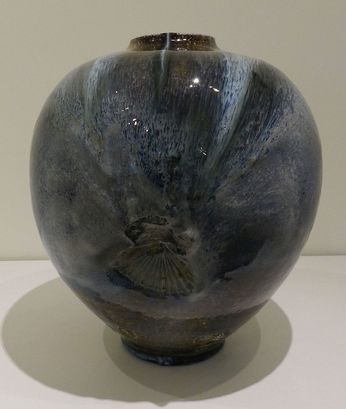 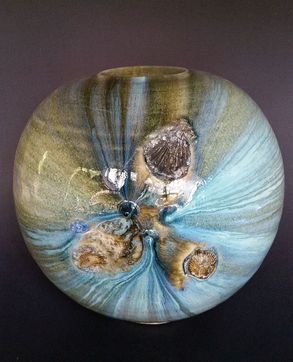 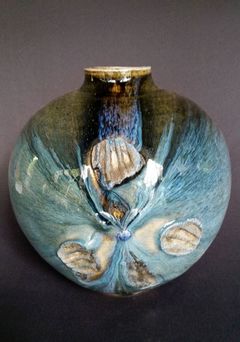 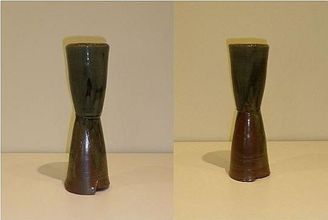 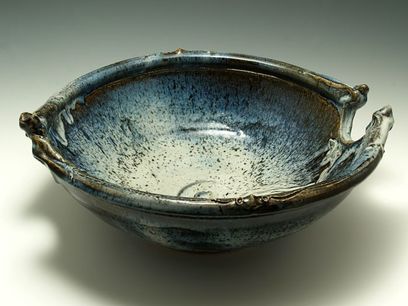 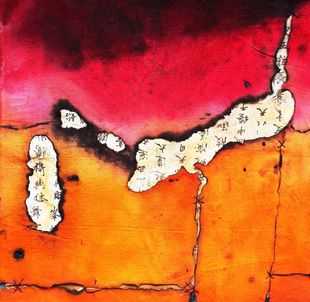 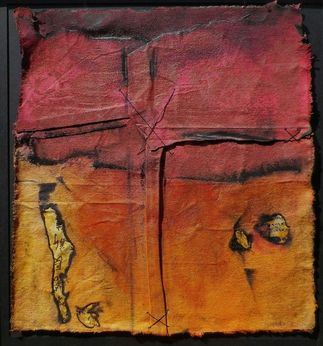 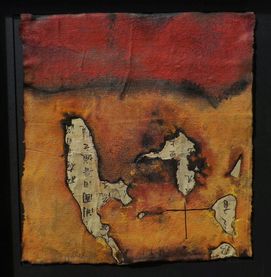 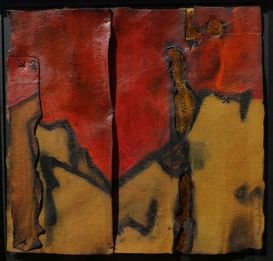 Gorge - Slow Burn Series - Treated Canvas and Mixed Media 2017 - 36x39cm
Works available but not in the exhibition are listed below.... 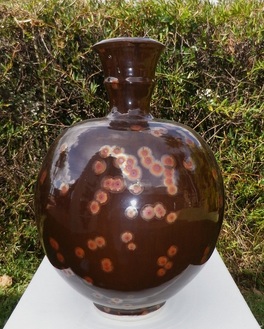 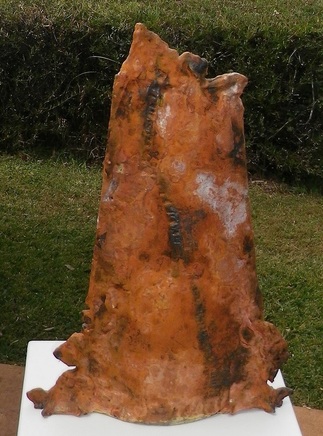 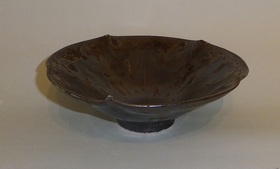 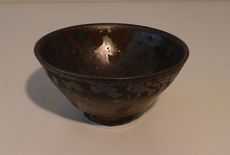 He has been an exhibitor in innumerable group exhibitions across Australia, but also in Japan; South Korea, New Zealand, China and Malaysia.