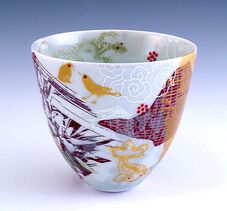 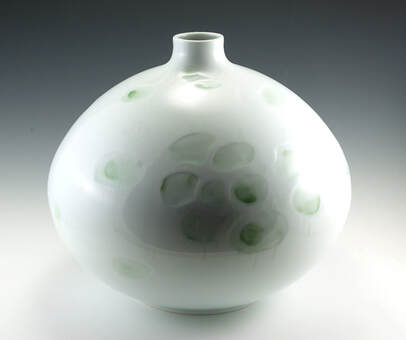 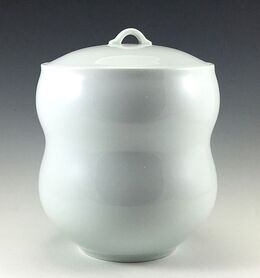 Mizusachi - Tatsuya Tsutsui - Porcelain - ??cm high
Kayabuki Kobo - a collaboration by Johanna De Maine & Tatsuya Tsutsui
KAYABUKI KOBO
Johanna De Maine and Tatsuya Tsutsui met when Johanna undertook a residency in Arita, Kyushu, Japan in November 2017.  They became good friends with very similar interests and later formed a relationship when Johanna returned to Arita to prepare for a workshop late April 2018.
Both are highly talented individual artists but were drawn together to collaborate on a new brand “Kayabuki Kobo” while still keeping their own identities.  They have set up a new studio in Kasegawa, Kyushu where they live when in Japan.  The studio is based at the 300 year old Tsutsui family home.  This traditional Samurai house has a thatched roof.  This inspired the name for the new brand.  “Kayabuki Kobo” means “Thatched roof studio”. 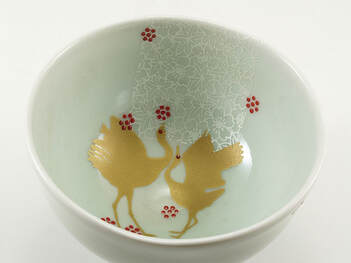