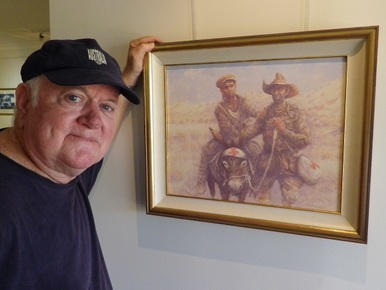 In this centenary year of the battle of Beersheba, there will be lots of reasons to contemplate the sacrifices made by servicemen. This is a topic which has long interested artist Tom McAulay.

While the First World War is naturally the focus of the centenary, the artworks cover many theatres of war through to Vietnam.  Australian and New Zealand troops have been involved often as Commonwealth conscripts or obviously as regular servicemen, but have always been highly respected as fighters and comrades.

Earlier conflicts were especially harsh not just for the fighting, but for the general conditions. Tom McAulay does not shy away from the realities of  combat, but he certainly does not glorify violence. There is a distinct pathos and poignancy in paintings like “Hard Tack and Billy Tea” where the day to day existence of the men is immediately apparent and then there are adrenaline-fuelled images such as “Leading the Charge!” showing a light-horseman with sword drawn, in full flight.

Gallipoli is featured with a depiction of the landings. This painting hints at the enormity of the scene and the numbers involved, but it is also full of menace with billowing clouds of smoke. The atmosphere of urgency, expectation and organized chaos is clear, as the soldiers hit the beach and head towards their unknown fate.

Tom McAulay has always been aware of the ongoing casualties war creates. The long-term mental scars, which were hidden away as socially unacceptable until recent conflicts. In “The Last Anzac”, the aged veteran is portrayed amid an array of  First World War vignettes of memories circling his head. But it is the contrast between the proud row of medals on his chest and the deep sadness in his eyes, which gives the real insight into the complexities. The Anzac tradition of mateship was forged in this era and is now an integral part of the Australian character, something which this renowned Queensland artist has seen in another context painting stockmen and bushmen.

In history, art was the way to record events, from battles to celebrations. The advent of photography, wider freedom of the press and now the age of the internet has brought direct images into all of our lives, but art can now be a more expressive medium to stimulate deeper consideration of these matters.  Hopefully this collection of drawings and paintings can do just that, by inspiring pride and gratitude while showing the futility of war. 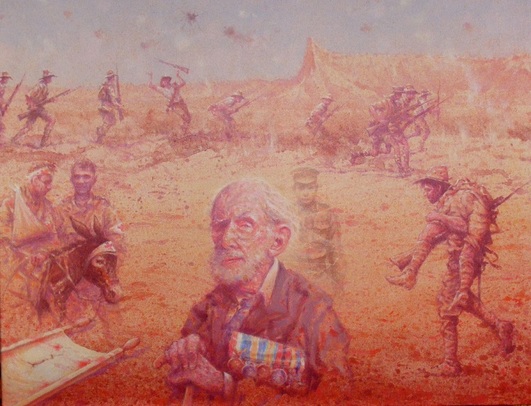 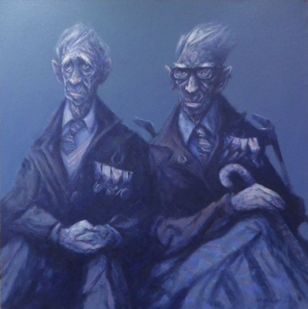 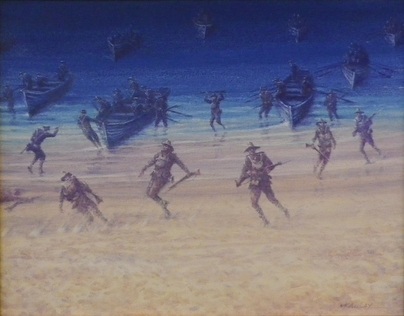 Into the Turkish Fire, Anzac Cove - Acrylic on Board - 35x44cm 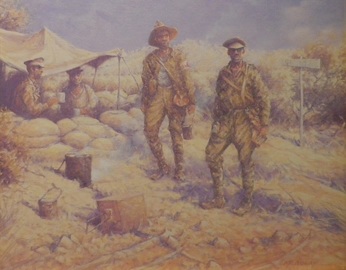 Storming the Turkish Trenches, Gallipoli - Oil on Board - 29x60cm 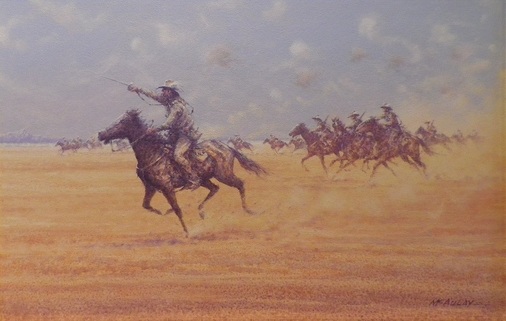 Leading the Charge, Beersheeba - Oil on Board - 29x45cm 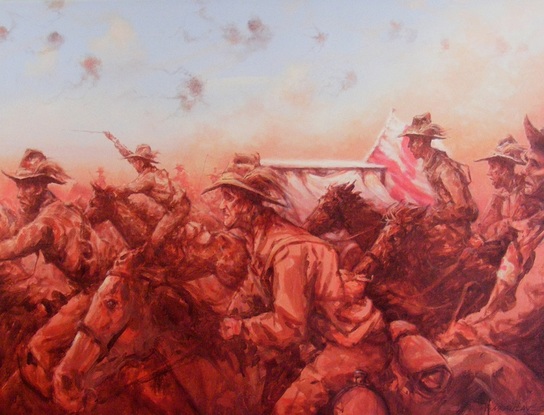 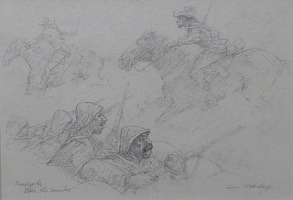 Over the Turkish Trenches - Graphite - 20x29cm 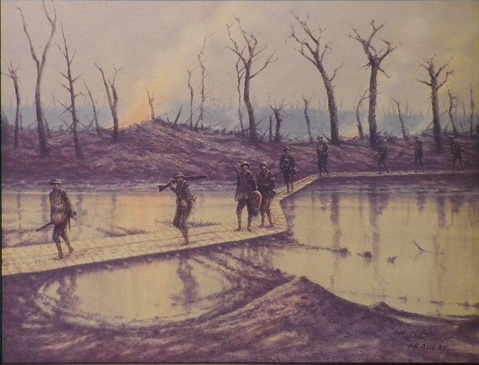 Crossing the Duckboards, Ypres - Oil on Board - 35x45cm 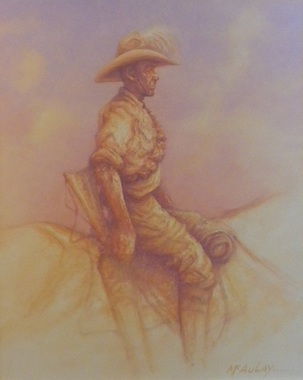 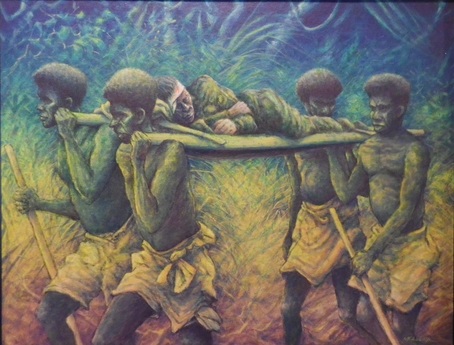 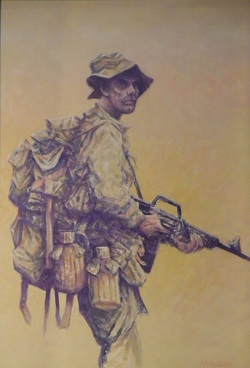 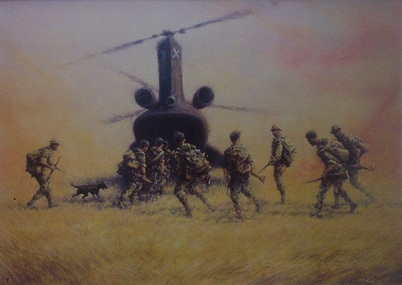 All Aboard, Return to Base - Oil on Canvas - 47x69cm
Recent exhibitions - Tom McAulay